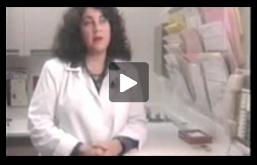 Teaming up to Tame a Preschooler by Alice Shannon, MS, MFT

Editor's Note: This article is intended primarily for professionals interested in the use of temperament related concepts in the treatment of preschool children. However parents may also benefit from understanding some of the choices and interpretations that professionals have to make in providing help.

Alice Shannon is an experienced family therapist whose background in temperament prepared her to successfully evaluate and treat a needy youngster without jumping immediately to medication. An earlier version of this article was published in 2006 in the Psychotherapy Networker. This version is reprinted here with the permission of the author. Alice is listed on the B-DI Providers page.(Ed.)

Teaming up to Tame a Preschooler

According to a recent Yale University survey of nearly 4,000 preschool classrooms released in May 2005, more than 10 percent of teachers reported expelling a preschool-aged child during the previous year. This expulsion rate actually exceeded that of children in grades K-12 in all but three states. Grounds for expulsion were largely aggression toward other children-hitting, kicking, biting, hair-pulling, throwing things and verbal attacks.

Expulsion is generally viewed as a consequence that only affects troublesome teenagers, whose behavior problems are in a different league from those of young children. But parents and teachers who are exposed daily to actions of young children are often appalled by the raw aggression and wildness of some preschoolers, and may regard it as an ominous indication of what lies ahead.

However, the Yale study may say as much about the nature of schools today and the attitude of adults and the mental health community as it does about any trend towards increased aggressiveness among young children. Many parents and teachers have surprisingly unrealistic expectations about what is appropriate and attainable conduct in young children. When dealing with children who are aggressive and disruptive, they fail to understand that some emotionally overloaded children may simply not be able to control their behavior no matter how many times they've been told to 'be good' and how well they 'know' that biting or kicking or punching is against the rules. Children don't all learn to read, ride a bike or tie their shoes at the same speed, according to the same schedule, nor do they learn to contain their aggressive impulses and master self-control at the same rate.

Also, contrary to general view, not all children with behavioral problems suffer from buried 'anger issues' that need to be worked through in therapy. Most of the children I see have not experienced psychological trauma either. The difficulty is usually due to a poor fit between the child's temperament and the styles of parenting and teaching to which he or she is exposed. Many of the children with 'anger issues' are very intense, active children with a tendency to loud and dramatic expressiveness in general. True, they may look and sound scary when upset, but that same intensity can make them enthusiastic and delightful company when they're in a good mood.

Next Up: Temperament and ADHD 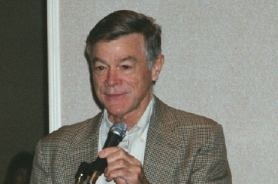