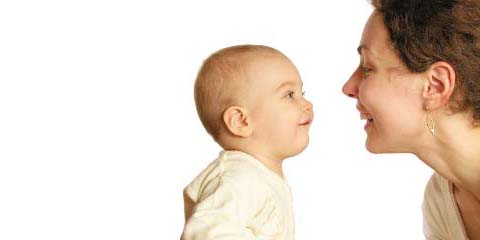 Dear Kate:
My daughter Angela is four years old. She is very dominant and likes to challenge me ....
More >>

My daughter Angela is four years old. She is very dominant and likes to challenge me when I ask her to do thing, like brush her teeth or dress for pre-school in the mornings. She is a very smart kid and she can be so lovely. But most of the time she is trying to challenge us. It is a very hard situation for me. I feel guilty and frustrated because I think that for some reason she is not happy. She cries so much. I really need help. She is just four and I do not want to have a bad relationship with her, like the one I have with my mom. It really terrifyies me. I understand that you receive a high volume of letters, but please answer me.
Thanks,

It's heartwarming to know you want to get along better with your smart and lovely daughter. I don't know much about you or Angela so it's hard to make specific suggestions. However, I can share some things that worked for me and my oldest daughter at the age of four. She was a lot like your little girl.

First of all, I learned that it is very typical of four-year olds to become quite assertive as they grow out of babyhood and into being a big kid. At this age even shy children tend to be more outgoing than at younger ages. I have known four-year olds to put their hands on their hips and say very assertively to their parents: "You're not the boss of me!" Of course, temperament plays a big role here, too. Perhaps your daughter is by nature a little "bossy" (what you call "dominant" but I have come to see as having "potential leadership skills"). If this is the case, then her temperament combined with the stage she is going through may be the reason that you are having so many clashes with her right now.

A clue that you are getting into too many power struggles is your daughter's crying. This crying is probably a sign that your little girl is finding getting into trouble with you all the time very stressful. It is also a sign that you need to turn things around soon. Chances are you need to improve the "fit" between what you expect from a child and the temperament she was born with. But that's why you wrote, isn't it?

How to get a better fit? First of all, learn as much as you can about temperament. Go to some of the other sources on information on this Web Site. And here are some ideas from my own experience. With my daughter who wanted to be in charge of everything and everyone I learned to let her have choices with as many things as I could. Often those choices were related to her temperament. For example, because of her low sensory threshold she was fussy about tastes and textures. She did not like cooked green vegetables, but she would eat them raw. So I let her have them raw. She would not wear the woollen sweaters her grandmother made her. They were too scratchy, she said. So I let her wear sweatshirts (and explained why to Grandma). This way I avoided getting into a lot of power struggles with my daughter. And this way I also saved up my energy for dealing with the "musts"--the very few things she absolutely had to do, like brushing her teeth. "This is a must," I would tell her. "You have to go to bed. End of discussion." Then I learned to ignore her dramatic displays of protest (thinking to myself what a great actress she would be when older). Boy, could she put on a show!

But no matter what a big display they make about wanting to make all the decisions, deep down, all children really want to know that their parents are in charge. It is very frightening for children to have too much power. But with some children, because of their personalities, telling them in words that you are in charge can lead to a head on collision! It's better to SHOW them that you are the adult by the way you follow through on the "musts". It's important to remain calm when doing this. Getting angry is just like pouring gasoline on a fire--it makes feisty children even feistier!

Back to my daughter. You know, as a young adult she still has very strong opinions on things but she's channelled this trait into appropriate places, like her college philosophy classes and her volunteer job as a disk jockey on a feminist radio program. She still very much wants to be in charge. And now she is in charge--of her OWN life. She tries to influence others but has learned to respect the boundaries between her needs and other people's.

We are very proud of her.

Good luck. I hope you and Angela come to respect each other as much as Barbara and I do.

P.S. Barbara is now a vegetarian and eats almost nothing BUT cooked vegetables!

to some common questions about behavioral style.

Origins, impact on parenting, risk for behavioral issues, relationship to ADHD, and other topics.

Getting to know your child

When professional help is needed

There are qualified individuals from several disciplines who counsel parents and children.

Find out how to meet the challenge.

Learn how to identify and cope with temperament traits in your child.