Professionals working in the area of temperament

Research in temperament has blossomed in the last 15 years through the efforts of literally hundreds of scientists in many disciplines.

The theme of the 2016 Occasional Temperament Conference was "Temperament across the lifespan: From biology to intervention" with the goal of integrating basic biological, behavioral and mental health research with their translation to prevention and intervention. This meeting included several preconference events, offering clinical and advanced quantitative training, with a record number of conference attendees and community members taking advantage of these OTC opportunities. The conference consisted of 8 symposia and over 20 poster presentations, all informing the audience regarding current scientific inquiry into temperament and related fields.

The keynote address given my Nathan Fox was particularly illuminating, spanning the spectrum of studies addressing the development behavioral inhibition and highlighting the work of his prominent former students.

Jan Kristal award recipients broke new ground as well, with the work of Jack Bates and Kare S. Olafsen, the first academic and the first European colleagues recognized at this meeting.

In another innovative move, this meeting was co-hosted by Liliana Lengua (University of Washington) and Masha Gartstein (Washington State University), who shared responsibility for planning the meeting.

Seattle proved to be a worthy destination, providing many tourist attractions along with information shared at the OTC sessions. As is customary, the next location was discussed at the planning session at the end of the meeting, with potential future sites including US and European destinations - stay tuned!

The 2014 OTC meeting held last weekend in Lincoln, NE was superb! A gathering of 60+ professionals in the areas of research, practice and education attended a preconference, 8 symposia, 15 posters and a keynote address by Jack Bates. Attendees came from as far away as Australia, Spain, Poland and Mexico City. Sandee McClowry and Helen Neville each received a Jan Kristal Memorial Award for application of temperament to benefit children. Kathy Rudasill, the organizer, along with a group of dedicated students did a marvelous job of hosting the meeting and assisting with local arrangements. This conference will be remembered in particular because of her Nebraska Nice! hospitality. A planning meeting was held at the end of the conference to discuss the date and location of the next OTC.

Click here for copies of slides and presentations and to view photos.

The 19th Occasional Temperament Conference was held at Westminster College in Salt Lake City Utah. In spite of an unexpected snowstorm, the meeting was attended by about 75 researchers, clinicians and students. The theme of the conference was "Becoming Who We Are," the title of Mary Rothbart's recent book. Mary delivered the keynote address. Roy Martin and Mary Kurcinka were announced as the Jan Kristal Memorial Award winners. The conference was notable for the number of papers investigating genes and temperament, and others looking at role of executive functions in relation to the effortful control dimension. The next OTC scheduled for Fall 2014 will be hosted by Kathleen Rudasill at the University of Nebraska.

Next Up: Temperament Consortium 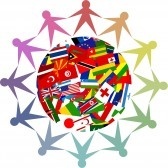 Some researchers are studying whether temperament traits are found in all cultures...

Cross-cultural research requires collaboration amongst scientists in many countries!

What is the connection?

Studies have attempted to find out.

Factor analysis has identified "The Big Five" dimensions of personality. Temperament researchers are looking at relationships between temperament and personality factors.

From interview to physiology 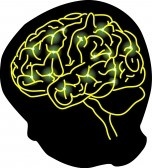 have been connected to temperament and behavioral inhibition.

Toddler shyness seems to predict social anxiety in preadolescents. Look at the evidence!

Studies have examined this question in both regular and special education settings.